AEM has renamed its Injection Monitor the AEM Water/Methanol FAILSAFE Device. This unit is the most advanced water/methanol failsafe device on the market, as it actively monitors the injection system’s ENTIRE flow curve to compensate for failure under ANY condition, allowing you to use your water/methanol system with complete peace of mind. If you have a water/methanol injection system or are considering one, you will not find a more advanced failsafe device on the market than the AEM Water/Methanol FAILSAFE Device.

WHY YOU NEED THIS

Today’s water/methanol injection systems have proven themselves as a viable means for effectively reducing engine inlet air temperatures and suppressing harmful detonation. This allows enthusiasts to reliably increase boost and advance ignition timing without the need for racing fuel. Despite the proven effectiveness and reliability of water/methanol injection, there exists a potential for engine damage if the water/methanol tank runs dry, if the pump stops working or more commonly if flow volume decreases due to fuel contamination, a clogged nozzle or a leak in the system.

While failsafe devices for water/methanol are not new, competitors’ failsafe systems have limitations that do not allow them to completely protect your engine if the water/methanol injection system stops flowing. Most failsafe devices have settings for high and low range flow parameters, but only monitor flow at a single point. And, without actually calculating volume versus time to establish a flow rate, instead running the system at full blast and using the nozzle’s potential for flow as your established flow rate, it is impossible to know the actual flow of the water/methanol system. Short version: if you think you are flowing 500cc/min and are actually flowing 300cc/min, and you are relying on your failsafe to trigger an alarm at a single reference point using 500cc/min of flow as your reference, then you have created the potential for engine damage.

Other competitors’ failsafe systems use a flow meter to establish water/methanol flow and utilize an external adjustment to trigger an alarm if the system does not detect maximum flow, using a time-delay strategy to compensate for part throttle operation. The problem is, water/methanol flow is rarely zero or maximum flow, and with all of the potential flow rates one can experience, a time delay strategy is not completely failsafe.

AEM’s Water/Methanol FAILSAFE Device actively monitors the entire flow curve independent of pressure, continuously collecting flow vs. injection rate data so that any deviation from your established flow curve will trigger an alarm output that can be used to reduce boost or timing, change maps, add fuel, trigger a two-step or perform practically any action you choose to save your engine. It is PC programmable (with USB connectivity) which eliminates the guesswork when setting min/max threshold parameters. It features PC-based software and an auto-scaling flow map that simplifies set up, and has an “Auto Set” feature that will create a baseline configuration. A video showing its ease of set up is on www.aemelectronics.com. And it will work on virtually ANY water/methanol injection system that uses 1/4″ OD or 4mm OD tubing!

Should an alarm trigger, the AEM Water/Methanol FAILSAFE Device has one low-side (ground) driver and one high-side (+12v) driver that can be configured to turn on or off during an alarm condition. For instance, late-model Subaru WRX STi owners can connect the low-side driver to the “limp” wire behind the kick panel that will dump boost and pull timing via the factory ECU. If you have a supercharged Chevy 350cid small-block, you can use it to pull timing from a switched aftermarket ignition system. The possibilities are endless. A high-tech analog gauge is included with the AEM Water/Methanol FAILSAFE Device, with programmable backlighting to match your factory gauges. The gauge needle and backlighting can be configured to flash when an alarm is triggered to notify of a potential system error. This system also includes an internal data logger that records injection and alarm status data for future reference.

There are no reviews yet.

This site uses Akismet to reduce spam. Learn how your comment data is processed. 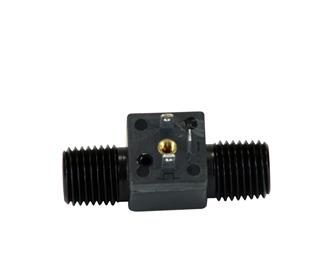